It's rare in today's information age that pivotal figures in U.S. history are not widely known nor mentioned regularly. When people think of a pioneer in U.S. and world history the name Alan Reich might not come in my mind, but it should. A steward for change and prosperity, Mr. Reich's impact on the current world is felt in many facets. Beyond being the first wheelchair user to address the United Nations, he is influential in promoting the betterment of the human condition. His work in the Disability Rights Movement and his leadership of inclusionary policy is felt through countless countries worldwide.

Mr. Reich was a New York native and attended Dartmouth College, becoming an All-American in track and field (javelin), first team All-New England in football, and captain of the rugby team. He then completed his master's degree in Russian literature from Middlebury College in 1953 and a diploma in Slavic languages and Eastern European studies from the University of Oxford the same year. Reich served in the U.S. Army as a Russian-language interrogation officer in Germany from 1953 to 1957 . He would later complete his MBA from the Harvard Business School (HBS) in 1959. After HBS, Mr. Reich would accept a management role in the manufacturing department at the Polaroid Corporation.

In 1962, while working as an executive at the Polaroid Corporation, an accident at White Pond in Sudbury, Massachusetts steered Alan Reich’s life in a new direction. During his time at White Pond, Alan fell from a rope swing over the pond, hitting his head at the bottom of the lake. Mr. Reich described what happened after he hit his head on the bottom of the pond, “I was conscious but couldn’t move my arms or legs. If I had been alone, I would have drowned.”1 Luckily, Reich was among friends who accompanied him as he was rushed to the Spinal Cord Injury Unit at Boston University Memorial Hospital. There, a surgeon performed a laminectomy at the fourth and fifth cervical vertebrae, and Alan spent the next three months recovering from the surgery in the hospital. Upon his discharge, Alan, and his wife Gray, would begin the journey navigating life without his ability to walk.

Several months later, Alan returned to the Polaroid Corporation, and his colleagues met him with polite reserve. Alan recalls in an interview, “they hadn’t seen anyone come up in the freight elevator — in a wheelchair — to the production floor, much less their former boss.” During his time at Polaroid, Alan learned more about what was being done for those with paraplegia. The answer, very little on a national and local scale. Galvanized by a desire to improve the human condition for others, Alan took a leave from Polaroid. With the help of others, Alan designed the National Paraplegia Association (NPA) in his basement. An association dedicated to the betterment and awareness off the daily lives of individuals with paraplegia and their caregivers. Through relationship building and advocacy, Reich influenced Congress to authorize funding for NPA through the National Institute of Health.

Shortly after, Mr. Reich was nominated to an appointment in the State Department. During his 5 years in the State Department, Reich worked with counterparts from other countries to understand and evaluate how those with disabilities were treated and supported. He mentioned seeing similarities between the U.S. other developed countries in how their citizens with disabilities were marginalized, as he put it, "a forgotten part of society, very much in the shadows." Recognizing this travesty, Reich was motivated to turn this insight into an international advocacy movement. Focusing on the improvement of the human condition, Reich championed increased awareness for the issues faced by people with disabilities. Though initially slow to gain traction within the U.S. government, Reich was able to arrange to have a resolution introduced at the United Nations (UN) to have this constituency represented by a permanent representative to the UN. In presenting this resolution, Alan became the first person to address the UN from a wheelchair.

After leaving the government, Alan Reich recognized a society gap in both sustained awareness for issues facing those with a disability and funding for social programs to support this population. He developed a  solution in partnership between the government and private sector. In 1982, Reich founded the National Organization on Disability (NOD). Using his connections from personal business and public service, he built the organization into a platform to alert the public to the needs and potential of people with disabilities and to prod policymakers into action. NOD’s focus comes from research that identified "pervasive gaps" in levels of participation between those with and without disabilities. The most significant gap, which has changed little over the years, is employment. Throughout the 1980s, Reich was instrumental in promoting awareness of disability issues in both the private and public sectors. . This culminated in 1990, when Reich, along with Richard and Ginny Thornburgh, board members for NOD , persuaded Pope John Paul II to sponsor a 1990 world symposium on disabilities at the Vatican. 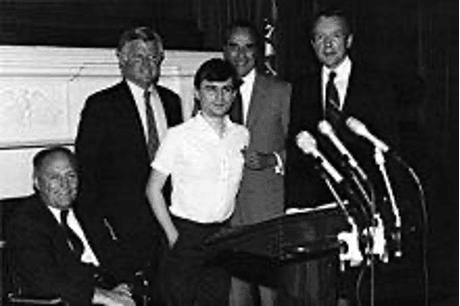 Zaslavsky, Ilya; Kennedy, Edward Moore, 1932-2009; Dole, Robert J., 1923-; Zaslavsky is directly behind the podium with the senators behind and around him, Notes: Discussing disability programs, inscriptions: U.S. Senate, Sep 7, 1989

Many lawmakers cite Reich's commitment and impact as a crucial part of the passing of the American Disabilities Act of 1990 in its final form. Inclusions such as curb cuts, braille on ATMs and elevators, closed captioning, sign language interpreters at public meetings were all included in the final passing of the ADA. One of the noteworthy contributions still present today due to Reich's advocacy is the depiction of Franklin Delano Roosevelt in a wheelchair in the FDR Memorial in Washington, D.C. Not part of the original plan, Reich lobbied Congress and raised over $1.5MM in funds, overcoming opposition by pointing out that Roosevelt deliberately exposed his disability when visiting a veteran's hospital or a Historically Black College and University to demonstrate that barriers can be overcome.

Despite the challenges he faced navigating a world that was not designed for wheelchair users, Reich maintained a positive outlook. In his 25th Dartmouth reunion yearbook, in 1977, Reich reported what he had been doing since graduation, “Marriage. Oxford. Army service. Business school. Polaroid. Children. Department of State. His accident. Three weeks after graduation, I met Gay [his wife] aboard a studentship to Europe, and with some exceptions, life has been smooth sailing ever since."

Reich, who died at 75 in 2005, believed that his most important contribution was awakening international consciousness of disability: "When I was in school, I had never seen anyone in a wheelchair. There have been significant, positive changes in attitudes toward participation by the disabled. I consider myself fortunate to do the work that I do. 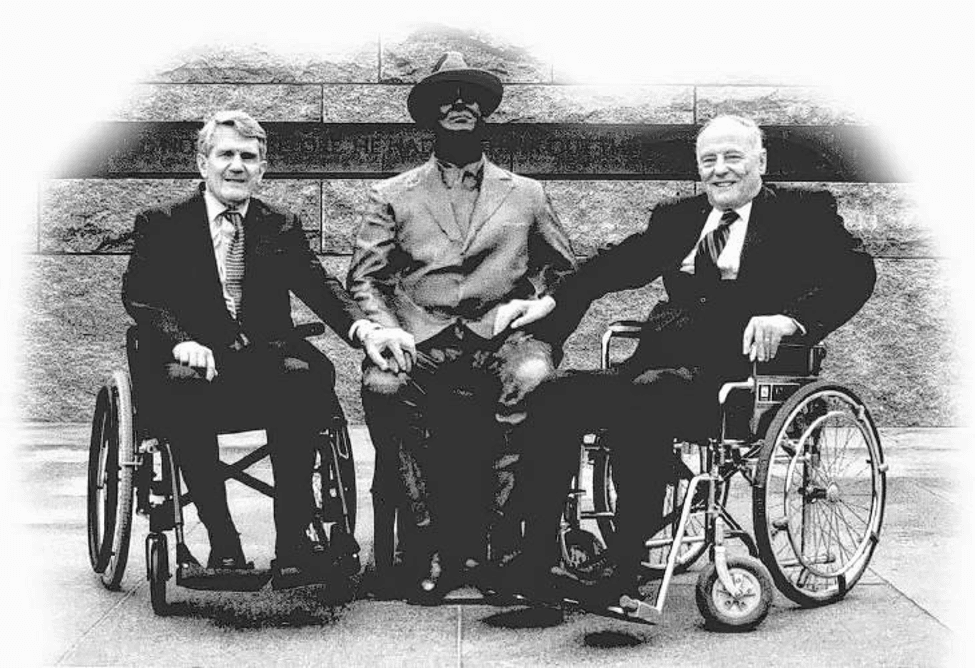